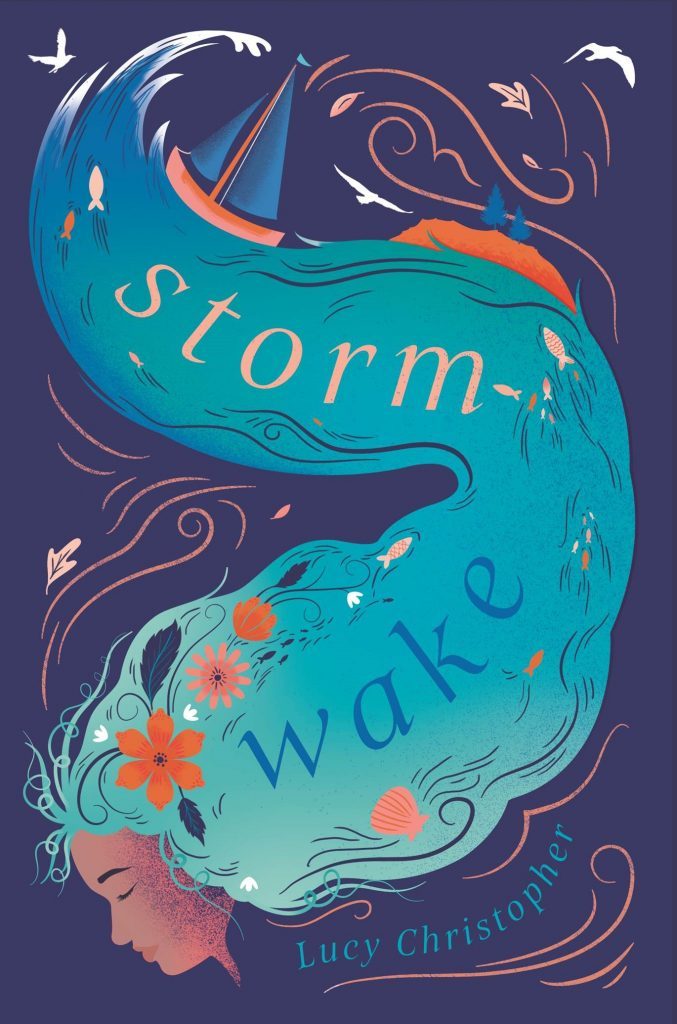 For me, reading is escapism. The world around disappears and I’m immersed in the world created by the author.  It took a few pages longer than usual to sink into Lucy Christopher’s Storm-Wake but this is no criticism. The lyrical phraseology sparked more curiosity and my attention was held by the language as much as the narrative. Storm-Wake is a visceral experience. It is nothing short of magic when you smell, taste, see the hallucinogenic effects of the island’s stormflowers!

Delightful homage to Shakespeare’s Tempest rolls in and out of Christopher’s novel. I enjoyed the reimagining of Miranda as Moss, especially her relationship with bewitched Callan and the island (which is as alive as its inhabitants). Pa was an equally fascinating reimagining of Prospero.  Moss’ battle with whether to admire and love, or resent and fear the man who raised her, grounds her transformation from compliant little girl to questioning teenager most effectively. Secrets, mysteries and magic spiral through each page of narrative but the familiar detail of the modern world and the brutal reality of Moss’ early childhood – and eventually the arrival of the two boys – reveal that the dream-like island is a trap and not a refuge. Escape will be far from easy.

So I “cried to dream again” after finishing Storm-Wake and anticipate further readings will enchant as much as the first.

Storm-Wake is Lucy Christopher’s fourth novel published with Chicken House. Born in Wales, but widely-travelled, she lives in Cardiff and is Senior Lecturer on the MA in Writing for Young People course at Bath Spa University. She is a Branford Boase Award winner and has been shortlisted for the Costa and Waterstones Book prizes. You can follow Lucy on Twitter and find more information at her website.

We are extremely grateful to Lucy for the copy of Storm-Wake which was given in exchange for this review. You can buy Storm-Wake on Hive, or better still, at your local independent bookshop.