So 2018 is well underway and we take the opportunity to look ahead to new releases from authors and publishers. This post is rather late, because with each new day, we hear about an exciting new book! However, we’ll take the plunge and update when we get the chance.

Obviously we’re looking forward to new books from the big guns: the final instalment of the Beetle trilogy from MG Leonard, Battle of the Beetles; the third Greek God hilarious-adventure, Beyond the Odyssey from Maz Evans; as well as new books from Katherine Rundell, Kieran Larwood and Abi Elphinstone.

But as @bookwormswales we want to rave about some of the big releases coming out of Wales this year – debut authors, established brands, old favourites and new franchises are all here in equal measure, so let’s get on with it and celebrate our most anticipated books of the year (that we know about). Oh, and please do get in touch if there’s something you’re excited about. 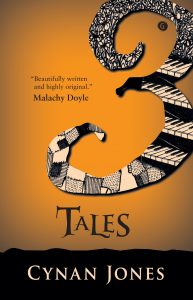 Cynan Jones is an accomplished prize-winning writer, most recently winning the BBC National Short Story Competition for his Granta-published Cove. Known for his short stories, we are excited to read Three Tales (Gomer) a collection of short stories for children.

Zillah Bethell was a fabulous find for us in 2017 and The Extraordinary Colours of Auden Dare was one of our favourite novels of the year. Her first children’s novel A Whisper of Horses (Piccadilly Press) was published in paperback last week (previously only available in hardback).

Elen Caldecott continues to work with Jessica Ennis-Hill and Erica Jane-Waters on the Evie’s Magic Bracelet series. The Clocktower Charm (Hodder Childrens), the 5th book, is out now with other instalments scheduled throughout the year. 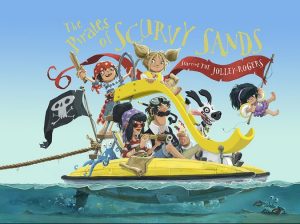 The Pirates of Scurvy Sands by Jonny Duddle (Templar) is a follow-up to his 2012 picture book, The Pirates Next Door. We’ve already got a copy and it doesn’t disappoint (review forthcoming!).

Also in February, Firefly Press are publishing a new survival adventure by Malachy Doyle entitled Fug and the Thumps. Described as a junior thriller for 8-11 year olds, the storyline features Byron grappling to do the right thing (which includes being rescued from a deserted island). 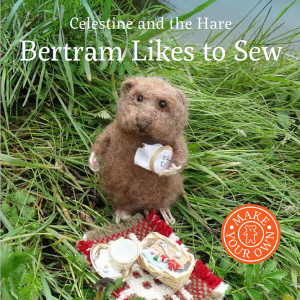 Celestine and the Hare brings us Bertram Likes to Sew (Graffeg) in March. This promises to be a wonderful addition to the series with a very cute Bertram learning to stay true to himself and follow his passions.

Joe and the Adventure Door Pirates by Laura Sheldon (Firefly) will be the 2nd Adventure Door story, following last year’s Sophie Finds a Fairy Door. Illustrated by Erica Jane Waters, this enchanting tale will appeal to boys and girls of all ages.

Nina was particularly pleased when she heard that Gomer will be publishing a new book by Wendy White. Mamgu’s Camper Van will be illustrated by Helen Flook and will be hitting the shelves in the spring. 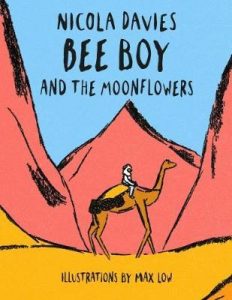 Nicola Davies has a number of new books out in 2018, but one that stands out is Bee Boy and the Moonflowers (Graffeg). This will be one of the final books in the Shadows and Light series (there are 6 in total). Across the whole series, Nicola has worked with first-time illustrators from art colleges around the UK. Bee Boy will be illustrated by Max Low, who will also be publishing his own debut picture books through Graffeg. 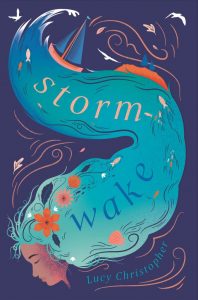 Lucy Christopher’s Storm Wake (Chicken House) promises to be a magical YA novel. This from the Chicken House website: “The Old World has disappeared beneath the waves – only Pa’s magic, harnessing the wondrous stormflowers on the island, can save the sunken continents. But a storm is brewing, promising cataclysmic changes. Soon, two strange boys wash up on the shore. As the clouds swell and the ocean churns, Moss learns to open her eyes to the truth about her isolated world…” 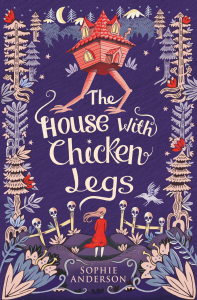 Also in April, the already-legendary The House with Chicken Legs by Sophie Anderson (Usborne) will finally be released. There is such excitement and so many fantastic pre-publication reviews for this novel based on the Russian folk tale of Baba Yaga. Noah is currently reading a proof copy and is really motoring through it – review coming soon! 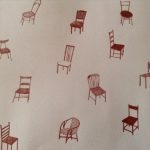 June is a big one! Nicola Davies publishes The Day The War Came (Walker) with illustrator Rebecca Cobb. This book has grown from the 3000 Chairs project – when the government refused to allow access to lone refugee children in 2016, Nicola Davies wrote a very powerful poem. It started a campaign in which artists drew images of lone chairs to symbolise a missed opportunity; a child going without an education. This poem becomes the basis for the book, which like so many of her other books, will address real-world issues and be so valuable to promoting empathy and understanding amongst all readers.

The Secret of the Egg (Graffeg) sees Nicola Davies reunited with Abbie Cameron for a bright rhyming picture book – continuing the Animal Surprises / Word is Bird / Into The Blue series. This is Kit’s area of expertise and he is thrilled to learn that 3 new books will be published in 2018 by this dream team.

We’re also thrilled to hear that Dan Anthony will return with The Last Big One (Gomer); last year’s Bus Stop at the End of the World was a big hit with Noah (and many readers in his school), so this is definitely one to watch. 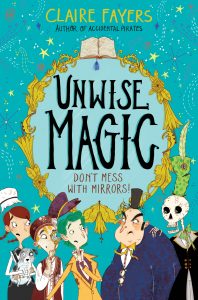 The very wonderful Claire Fayers releases Unwise Magic (Macmillan) in June; a departure from the accidental pirate books that have garnered nationwide praise, Claire told us about the new book in a Q and A last June: “It’s a Victorian mystery, set in the fictional town of Wyse, the only town in Britain where fairy magic still works. Twelve-year-old Ava and her brother go there to work, and they soon find themselves in the middle of a very sinsiter plot. The story has the humour of the pirate books, but it’s a touch darker, with some very creepy villains and a sarcastic talking book of prophecy.” 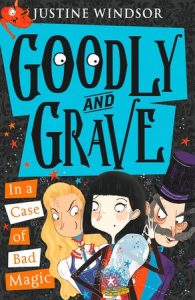 Claire Fayers shares her cover illustrator (Becka Moor) with Justine Windsor, who releases the third Goodly and Grave this year. We can’t wait to be reunited with the cast of intriguing characters in Goodly and Grave in a Case of Bad Magic (Harper Collins).

Winner of the 2013 Greenhouse Funny Prize, Gav Puckett gives us more fables from the stables in Poppy the Police Horse (Faber) this summer – and we hear there’s more on the way too! Written in rhyming verse and perfect for those starting to read chapter books, this is unbridled fun *groan*.

Not sure we can hold out until September, but the winner of Wales Arts Review Young Person’s Book of the Year for 2017, Eloise Williams, returns with Seaglass (Firefly), a book she describes as an MG ghost story. 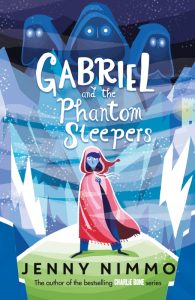 In the run up to Christmas, Jenny Nimmo gets a new release in the shape of Gabriel and the Phantom Sleepers (Egmont), built on the characters from the Charlie Bone universe. Her classic The Snow Spider Trilogy (Egmont), will be reissued with a new cover around this time too. 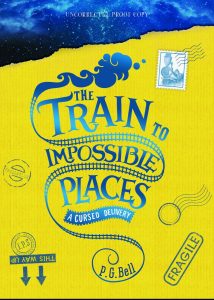 Peter Bell’s debut novel, the first in a trilogy, has just been announced. The Train to Impossible Places, The Cursed Delivery sounds absolutely fantastic. Just get to grips with this synopsis from Peter’s website… When Suzy Smith hears an unexpected noise in the middle of the night, she creeps downstairs… where she finds a grumpy troll building a railway through her house. But this is no ordinary railway. This railway carries the Impossible Postal Express – the trusty delivery service of the Union of Impossible Places. All of a sudden, Suzy’s hallway becomes a blur of wheels, lights, a yellow bear and a troll boy called Wilmot. And as Suzy is whisked onboard and given a mysterious delivery, she finds herself rushing towards a magical unknown, on an adventure she will never forget…

Also, and rather mysteriously, we’ve heard of a fantastic new book coming to the world from Firefly press. We cannot reveal any details but it fills us with so much glee to know that we are going to be able to read a new book by this author this year.

The Girl with the Dragon Heart (Bloomsbury) by Stephanie Burgis gets a November release date. Following the story of Silke from the brilliant The Dragon with the Chocolate Heart, Stephanie promises us “fairies, spies, chocolate, and a very human heroine who’s every bit as fierce as her dragon best friend!” We’re also assured of a happy ending – she promises!

We’re really keen to hear what you’re looking forward to this year. Please reply to us on our pinned Twitter post.