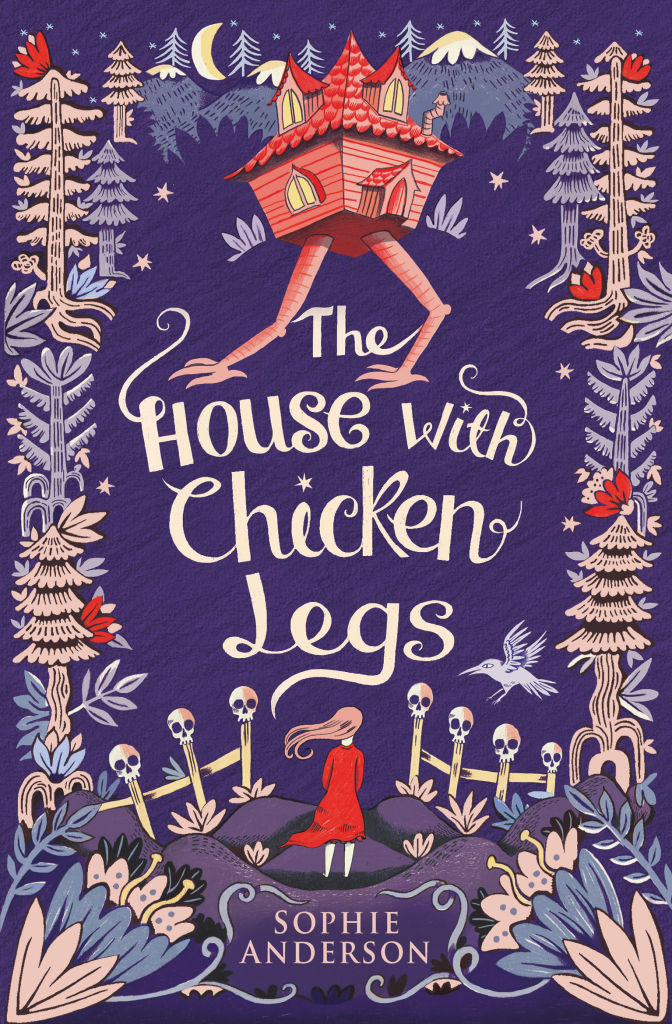 The House with Chicken Legs

My house has chicken legs. Two or three times a year, without warning, it stands up in the middle of the night and walks away from where we’ve been living.

The House with Chicken Legs has been garnering lots of praise since proof copies found its way into the hands of readers just before Christmas. Booklover Jo called it “the most accomplished debut”, whilst The Bookseller described it as “utterly magical and highly original” and countless enthusiastic authors including Claire Fayers, Stephanie Burgis and Kiran Millwood Hargrave have used words such as “spellbinding”, “beautiful” and “full of heart”.

How wonderful to come home to this delightfully presented packet. Looking forward to sharing with Noah Worm. Thanks so much! pic.twitter.com/onWi966QPz

So can 10 year old Noah add any superlatives to the list? Well he’d like to start with “fascinating, gripping and really cool!” At the heart of his fascination is the Chicken House itself, borne of the Russian folktale of Baba Yaga but reimagined for the 21st Century. The Yaga House is a house that can walk, changing location whenever it wants to, without warning. Noah tells me it can also grow things – “really cool” does this justice! The Yaga House has a purpose though – it holds the gate through which the dead must walk in order to complete the circle of life. Baba Yaga, our heroine’s grandmother, makes food for the dead to give them a good sendoff.

This lifestyle is far from ideal for Marinka, a complex lead character who comes across as bold and daring but has insecurities. She feels like she’s trapped in the house with no future and no friends; she has no opportunities to build relationships or put down roots because the house keeps moving on. But she is destined to be a Yaga herself and is struggling to accept this destiny. The rebellion of youth does not sit well with this transient life.

Swansea-raised Anderson has written a lyrical and emotional debut; rooted in folklore but completely contemporary. As Marinka struggles with the circle of her own life, we get to explore human themes of friendship, purpose, contentment, life and death. Noah says “It sounds like it’s going to be a gloomy book about death but actually it’s not – you can really empathise with Marinka.”

The book should be in shops come May 3rd and if Sophie Anderson is interested in more praise, then she should know that Noah has placed The House with Chicken Legs next to Sky Song (Abi Elphinstone) in his top reads of 2018 so far.

Thank you to Usborne for providing a review copy of the book in exchange for this review.

You can buy The House with Chicken Legs from Hive or better still, from your local bookshop.