We are absolutely delighted to reveal the cover of Catherine Fisher’s new MG novel, The Clockwork Crow: a magical story of snow and stars. Published by Cardiff-based Firefly Press, and due out in October, this beautifully produced book will make a perfect Christmas gift.

The stunning cover, designed by Anne Glenn, is shown here in its full glory. 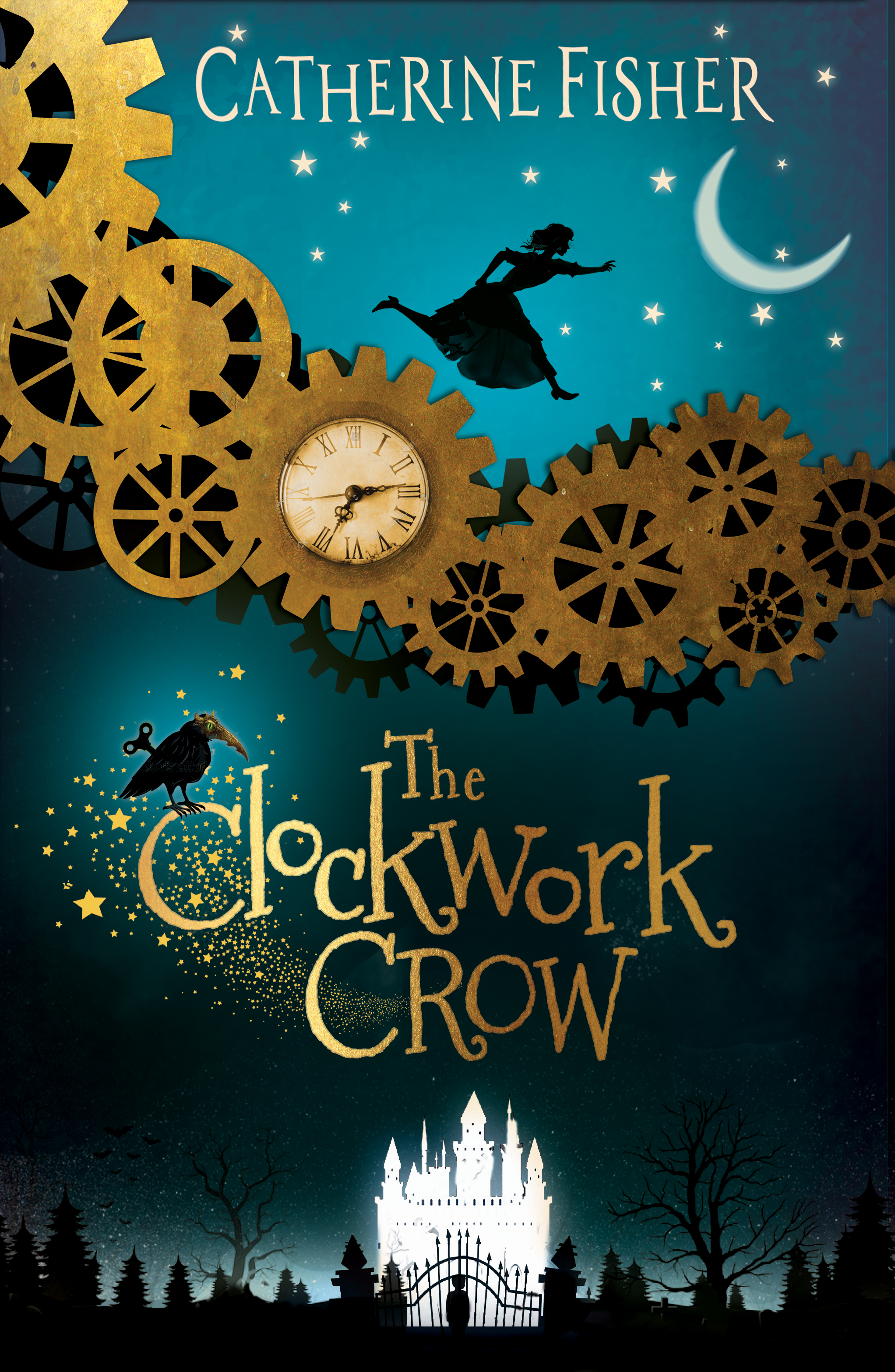 Catherine Fisher, author of the bestselling Snow-Walker trilogy, Incarceron and The Obsidian Mirror series, was the first Wales Young People’s Laureate and we were absolutely thrilled when we heard that Catherine and Firefly were working together – such an enchanting partnership. Catherine told us, “I’m very proud and pleased to be publishing a new story with Firefly. One of the best independent children’s publishers in the UK. And Welsh!”

When Seren Rhys is given a newspaper parcel by a stranger late at night in an empty train station, she has no idea what trouble it contains. She is on her way to a new life at the remote house of Plas-y-Fran in Wales, but when she gets there the happy family Christmas she had hoped for turns out to be an illusion. Because their son Tomos has been missing for a year and a day, and if the strange and dangerous Family have really taken him, who would be mad enough to try and get him back?
Armed with a talking bird who might not be telling the truth, a magical snow-globe and her own indomitable courage, Seren sets off on a journey into a midnight world of snow and stars, to an ice palace unlocked only by a Door of Blood and Tears.

We also have an exclusive extract of the book, featuring Seren, the irresistible, headstrong protagonist.

The Clockwork Crow was lying on its side. One of its small bright eyes was looking straight at her. She snatched up the key, pushed it into the hole in the side of the bird and wound it up. The machinery grated, stiff and rusty. It was hard to get the key round more than a few turns. There was a loud whirr and clatter, and quite suddenly the Crow’s head moved. It creaked sideways. Its wings opened. It took one wobbly step.
Then it looked at her with its shiny eye and opened its twisted beak. “Oil” it croaked. “I need oil.”
The Clockwork Crow is a gripping Christmas tale of enchantment and belonging, set in a frost-bound mansion in snowy mid-Wales. It is due for publication on 4 October 2018, and will be available for pre-order on Firefly’s website or from your local independent bookshop.
We’d like to thank Firefly for inviting us to host this cover reveal for a very special and much-anticipated book from a master storyteller.