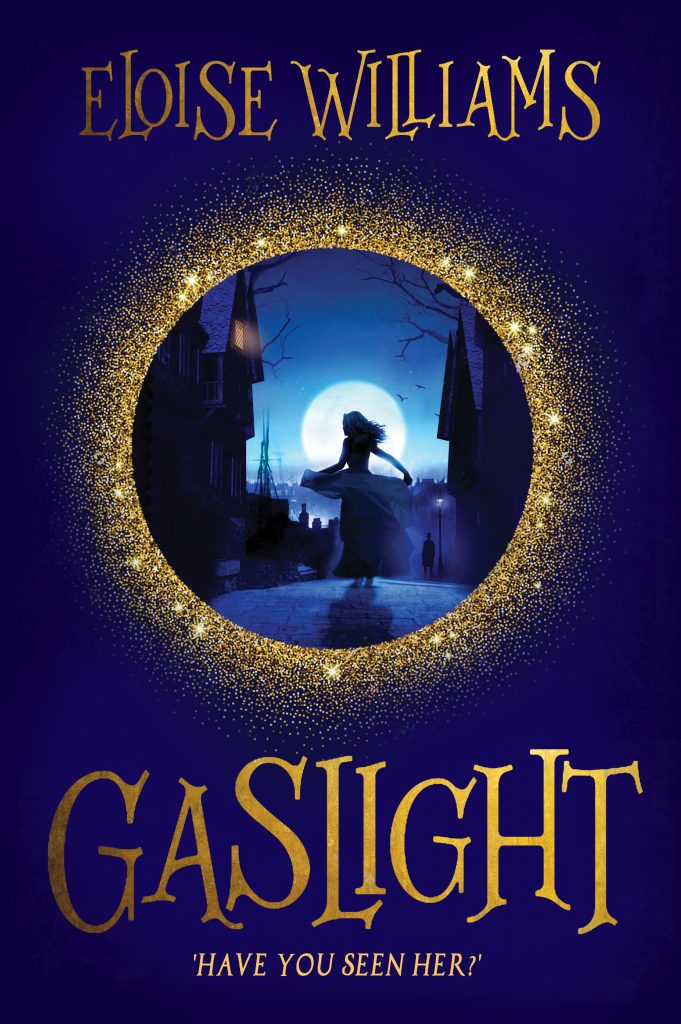 Gaslight is incredibly rich in detail – full of vivid descriptions of a grimy Victorian underworld. You can taste, smell and feel the sooty Cardiff backstreets with every page turn.

The story tells of Nansi, a young girl in constant conflict with villainous theatre owner Sid (a Dickensian fiend and devilishly corrupt master) as she tries to uncover the whereabouts of her mother. It’s a hard life – split between bit parts on the Empire Theatre stage and thieving from rich households, all the time dreaming of being able to find her own identity and free herself from the perilous life she leads.

Whilst the portrait is bleak, the characters zing and sparkle with life – Nansi is bold, feisty and independent; Sid is menacing, evil and intimidating (there was cheering and much jumping on beds when we read of his comeuppance!) This is absolute testimony to the skill of the author: Eloise Williams received a Literature Wales Writer’s Bursary to produce this book and they should be very well pleased “to Barry and back” as they’ve had more than their money’s worth.

The tale is brutal too as descriptions and suggestions of death, incarceration, and ill-treatment are not shirked from; and in the final few pages of Gaslight, as Nansi is poring over a selection of beloved books, the strong female lead declares that children’s books are often censored and made more palatable so the audience will not be scared, and we sense that this may be the author’s voice, standing up for the raw, real and gripping tale that she has produced.

I loved it and heartily recommend to mature readers age 10 and up. 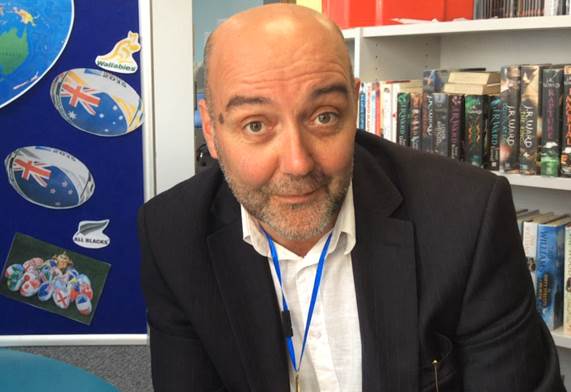 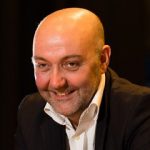 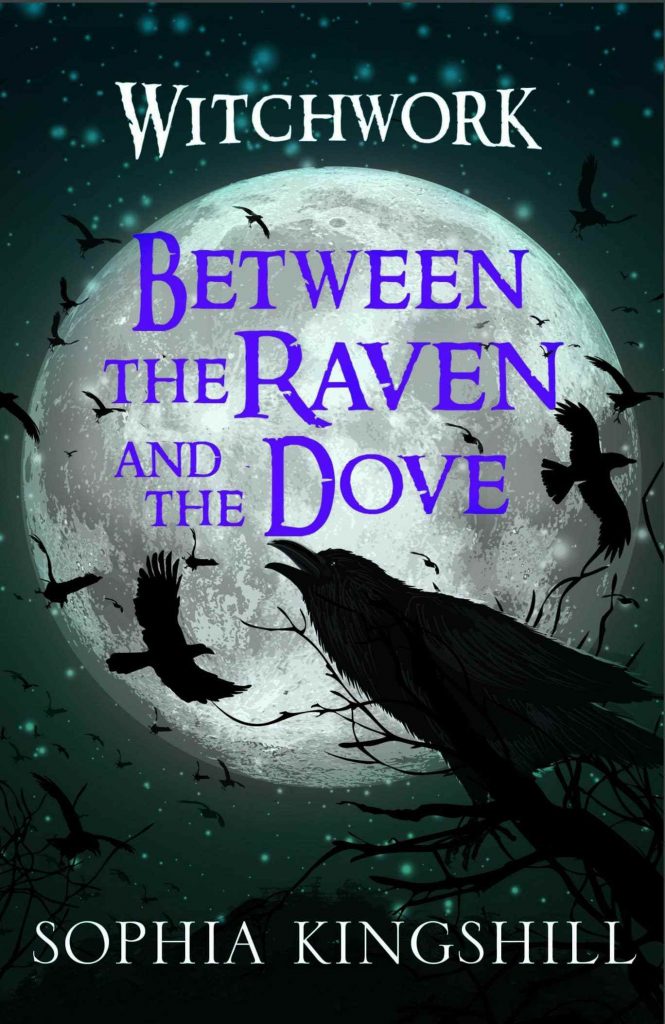 So we’ve already had a few corkers in 2017 – our favourites being The Bus Stop at the End of the World by Dan Anthony (Gomer Press) and Elias Martin by Nicola Davies (Graffeg). We thought we’d look ahead to what’s on offer in the coming months, with a few books from Welsh publishers getting us VERY excited…

Next week sees the publication of Gaslight by Eloise Williams (Firefly Press). From what we’ve heard, it’s comparable to Pullman’s Ruby in the Smoke and is a dark and rich Victorian thriller. Can’t wait for our copy.

The amazing Nicola Davies has so many books out this year; I bet even she is struggling to keep pace. There will be two more supernatural tales in the Shadows and Light series published in September and another release through Graffeg in May. The Pond is a second collaboration with Cathy Fisher (see Perfect) exploring a difficult topic – the death of a father. Graffeg do a brilliant job in making hardback editions to treasure – we’re sure this will be no exception.

Nicola Davies works with other publishers too and has two books coming out with Walker. King of the Sky will be published in May, but our most anticipated Nicola Davies book is Lots: The Diversity of Life on Earth. This will be out in June and is a collaboration with Emily Sutton – the team that brought you Tiny, The Invisible World of Microbes. From what we’ve seen (only snippets of pages on Twitter!) the illustrations look absolutely gorgeous and completely captivating.

Nine year old Noah’s most anticipated book is Aubrey and the Terrible Ladybirds by Horatio Clare (Firefly Press). The first Aubrey book won the Branford Boase Award and was also longlisted for this year’s Carnegie – scandalous that it didn’t make the shortlist! This is the book we are most excited about!

I guess Noah should also be quite excited about Jackie Morris’ Mrs Noah’s Pockets (Otter Barry Books). This is a collaboration between Jackie and James Mayhew; text by Jackie, illustrations by James. We have to wait for September for this one, but it’s such a brilliant idea and definitely one I’ll be taking in to school to share.

Jackie Morris also has two books being republished in large hardback versions by Graffeg – The Ice Bear and Snow Leopard will be published in September. These formats show off Jackie Morris’ illustrations magnificently well.

Claire Fayers’ Accidental Pirates are currently doing battle with Michael Morpurgo and a Jam Doughnut in the Younger Readers’ Book Award from FCBG (Federation of Children’s Book Groups). The second instalment is due in the middle of May and is called Journey to Dragon Island (MacMillan Kids).

Other bookish highlights include Through The Eyes of Me, written from the perspective of a child with autism (by Jon Roberts, Graffeg) and the reveal of the Tir Na n-Og winner in May. The three books battling it out are:

The Haunting of Jessop Rise by Danny Weston (Andersen Press)

So we’ll get those read and let you know which one we prefer. In the meantime, if we’ve missed any great releases by fabulous Welsh authors or publishers, please let us know in the comments below. Thanks. 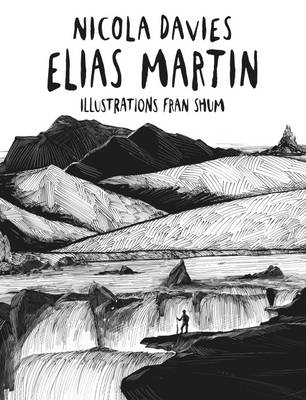 Elias Martin is a grumpy, lonesome, hard-faced young man who thinks that nature and the wild are conspiring against him. What with deathly blizzards, harsh winters and cruel terrain the only pleasure he gets in the North is skinning the animals that symbolise nature as enemy. He is fighting a “war against life, driven by a lonely darkness in his soul.” Then one day, a young girl mysteriously enters his life and things begin to change. He hears the birdsong, he notices the sunrise, he feels the fire’s warmth. Is Elias’ heart beginning to thaw?

Nicola Davies expertly paints a callous canvas in this short tale, choosing her words meticulously; within paragraphs the scene is set and we are directly placed into the raw reality of an isolated northern province. The writing is atmospheric, intelligent and compelling. Fran Shum’s black and white etching-style illustrations are perfectly suited to this tale and ideally imitate the naive wood carvings of the little girl.

At under 40 pages, it’s a short book, but it packs a punch: Elias Martin has you feeling the landscapes, worrying for the characters and seriously considering our relationship with the wild. 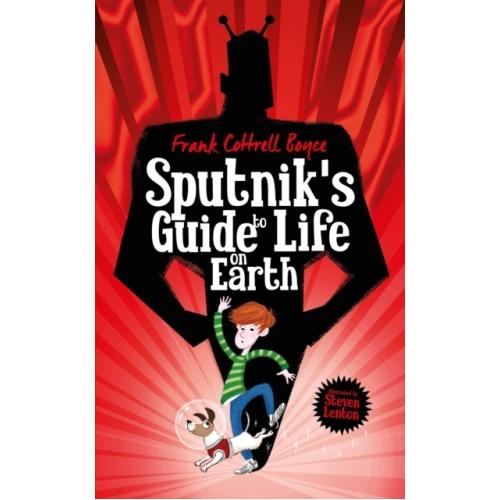 Sputnik’s Guide to Life on Earth

Sputnik is an alien visible as a dog to everyone except Prez; to Prez he is a boy exploring the universe. Here – Steven Lenton shows it much better than I can explain it… 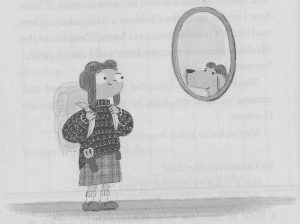 Frank Cottrell Boyce has produced another great page-turner with this book – ideal for Year 4 and up (but Year 3 will love the funny bits). The really funny bits come mostly when people treat Sputnik like a dog, and he replies with sarcasm or disbelief, but they just hear barking. Sputnik’s mission is to make a list of 10 things that make the Earth special.

A bigger story than Sputnik’s search for ten things, is Prez’s search for his Grandad. There are sad parts to the book when Prez discovers his Grandad but we realise that Grandad doesn’t recognise or know who Prez is.

This is an hilarious, often touching novel, full of the greatest storytelling.

Daddy Worm says: I was in bits! Frank Cottrell uses this comic caper to touch on some “grown-up” ideas. I thought it was brilliant and thoroughly enjoyed it.