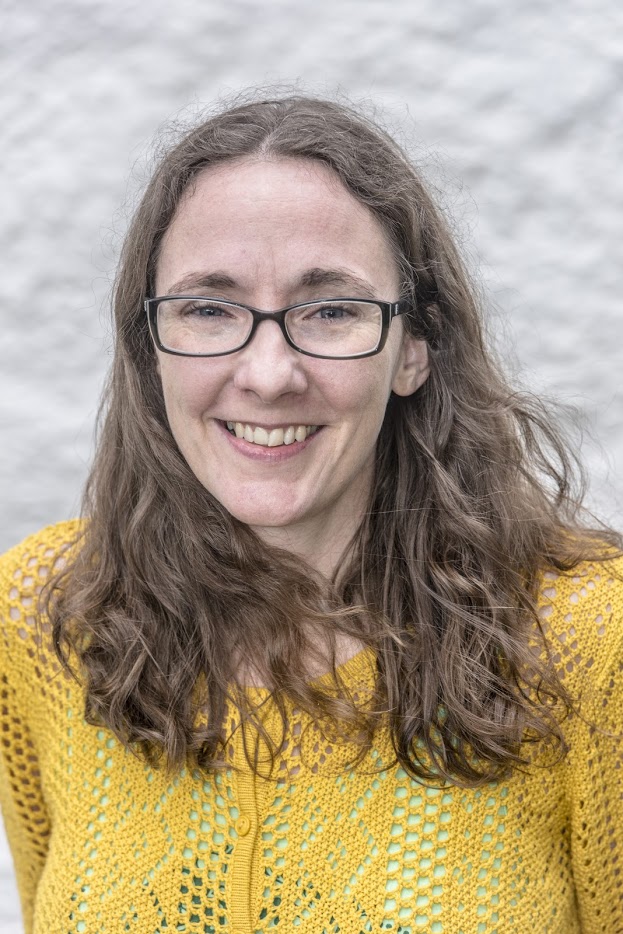 To mark our stop on the House With Chicken Legs blog tour we asked Sophie Anderson to answer these questions set by the young worms. We have previously reviewed The House with Chicken Legs and we are delighted that Sophie has also written an exclusive post for Family Bookworms.

I’ve just finished The Wild Folk by Sylvia Linsteadt. It’s published on 31st May, but one of the enormous perks of being an Usborne author is getting the occasional ARC! The Wild Folk is glorious; both thrilling tale and song to the natural world. Next on my tbr pile is The Infinite Lives of Maisie Day by Christopher Edge, which I have been excited about forever!

I home school my three children, and every day is different. Sometimes I get up before my children and write for an hour or two. Or sometimes I get a little writing done in the afternoon if my youngest has a nap, and the older two are busy with their own projects. Or sometimes I write at the end of the day, when my children have gone to bed. I don’t have an office or dedicated writing room; just a small standing desk in the corner of the living room with a laptop on it.

I love writing stories inspired by fairy tales, or fairy tale characters. Fairy tales can stimulate so many ‘what if?’ questions that spark new stories; they beg to be told from different points of view; or reimagined in original ways.

The Moomin books by Tove Jansson were my first love, and I hugely admire her talent as a writer and illustrator. But I can’t wish I wrote them, because if I did, they would be something completely different! I think it’s important we all keep our unique voices, and create our own works of art, so I’m just happy to have written The House with Chicken Legs!

How long did it take you to write The House with Chicken Legs?

The first draft flowed so well, it poured out in less than two months. But then there were three months of edits with my agent, where the book went through two more drafts and nearly doubled in size. Then there were two months of structural edits with my editor at Usborne, followed by a month of copy edits, and at least another month of final tweaks. So, nine months in total. But there were around two years between writing and publishing because between each stage is some waiting time. It can feel like nothing is happening during these times, but they are actually really important stages in themselves, as they distance you from your work, enabling you to look at it with fresh eyes.

Good question! They have to feel right for the character, and for me there always has to be a kind of hidden meaning or link. For example, there is an old folk tale I once heard where Baba Yaga has a daughter named Marinka, so that is where her name came from. Jack for a jackdaw is unimaginative I know, but it felt perfect! The Old Yaga, whose name is Tatyana, and Yaga Onekin both have names borrowed from Eugene Onekin, a novel written in verse by Alexander Pushkin. In Pushkin’s novel, Onekin and Tatyana show love for each other at different times of their lives, but never manage to get together. It isn’t mentioned in The House with Chicken Legs, but I think Yaga Tatyana and Yaga Onekin have a similar history.

Marinka is a really interesting character. Are you like Marinka at all?

Yes! I am in my forties, but I often still feel like a young girl trying to find my place in the world! Her character was also inspired by my children who, like Marinka, dream of climbing over fences and carving their own destiny. But as soon as I started writing Marinka, she became incredibly real to me and took on a life of her own!

When Marinka leaves the house to explore the world and make friends, she finds that friendship has its challenges. What makes a good friend?

Another good question! I think someone who values and respects you for who you are, and genuinely enjoys spending time with you. Someone who makes you feel happy and loved.

Would you like to live in a Yaga house?

Oh yes! I have always wanted to. I would sit on the house’s roof as it ran over fells and hills, splashed through rivers, swam across seas, and skated across ice sheets. It could grow me a vine hammock on its porch, and we could sleep together under the stars.

Can you tell us about your Welsh connections?

I think I would have to express my creativity in other ways. Maybe puppetry! A giant marionette House with Chicken Legs would be awesome!

We’d like to sincerely thank Sophie for taking the time to answer our questions. She has also written a brilliant blog post just for us on Sadko – a character from a narrative poem and an opera by Rimsky-Korsakov.