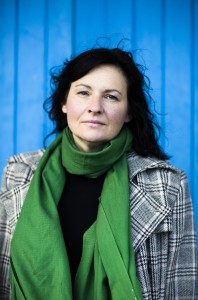 We are delighted that Eloise Williams has completed our Q & A this month. The author of Elen’s Island is currently receiving rave reviews for her new novel, Gaslight. Set in Victorian Cardiff, Nansi is fished out of Cardiff docks and her mother has disappeared. With no family to turn to, she works for Sid at the Empire Theatre, sometimes legally and sometimes thieving to order. Life is hard but Nansi is a fighter, determined to protect her friend Bee and, most of all, to find her mother.

Eloise is no stranger to theatre herself, having performed on stage in productions of Les Mis at Cardiff Castle and in productions and projects at theatres and venues across the capital. This, after earning a place at the Welsh College of Music and Drama, where she studied Victorian Theatre.  As she says herself “Without all those experiences, I don’t think Nansi or Gaslight would have been possible.”

I’m reading a book called ‘Evie’s Ghost’ by Helen Peters. I’ve just started it today. Next up is ‘Alex Sparrow and the Really Big Stink’ by Jennifer Killick.

All the time! Everywhere! I do have a writing desk which teeters and topples with stationary and books but most of my writing is done by the sea, or in the middle of a walk through the woods. I’ll suddenly have an idea and an overwhelming need to write it down immediately on a scrap of paper, or in almost incomprehensible short hand on my mobile phone. I often phone my own number and leave messages about the next part of my story so I can pick them up when I get home.

I’m inspired by lots of things and people. People include: Maya Angelou, Chimamanda Ngozie Adichie, Amelia Earheart, Cheryl Strayed, Emmeline Pankhurst, Malala Yousafzai, Florence Welch, Chris Packham, my friend Rosalind Hayler, my Mum… the list goes on… but it consists mostly of strong women (except Chris Packham!) who are courageous and/or kind. I think being kind is sometimes the most courageous thing you can be. And being yourself is incredibly important. I’m also inspired by place. Atmosphere, beauty, history, stories, flowers, ghosts, the sea.

That’s two, isn’t it. Don’t get me started on books for children… the list is never ending.

How long did it take you to write Gaslight?

I had the idea in 1994. It took a while to get around to it. I have been known to procrastinate somewhat.

Sometimes I will pick a name because of its meaning or because of where and when the character lived. Nansi’s name was taken from a beautiful, old, ivy-covered gravestone in a Victorian churchyard close to the sea.

How important was it for Gaslight to be set in Wales?

The book is about Cardiff and it couldn’t have been set anywhere else. When I studied Victorian Theatre at the Royal Welsh College of Music and Drama I knew then that there was a book waiting to be written about the city just outside the window. I love Cardiff. It’s a vibrant, beautiful, exciting place and I know it. It’s in my blood, my family, my history.

You’re on record as saying that people have told you not to set your books in Wales if you want it to sell. Why do you think they said this and why did you ignore the advice?

I don’t know why they said this. I think stories set in Wales are as important as stories set anywhere else. ALL stories are important.

It makes me think of an Oscar Wilde quote: ‘I always pass on good advice. It is the only thing to do with it. It is never of any use to oneself.’

In Gaslight, Nansi’s mother suggests that children’s books are sanitised to make them kinder. Were you conscious of making your writing palatable to children?

Interesting, exciting, real, rather than palatable. Victorian life wasn’t easy for a girl like Nansi. I wanted to tell her story truthfully.

What other authors are you friends with and how do they support you (or are they a hindrance)?

A hindrance? Ha ha! Not at all! I’m friends with lots of authors! They are a lovely supportive bunch. It’s a really good crowd to be a part of.

Future plans are to carry on writing Middle Grade Fiction. I have three books I’m dabbling with at the moment. I also have about a hundred ideas for other books but I’m trying to be disciplined so I can actually finish something!

I’d work with animals. In the wild. Or be an explorer. Or maybe a lighthouse keeper. 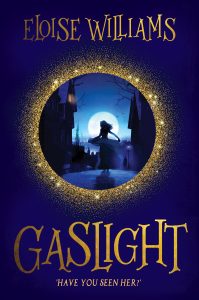 Gaslight is published by Firefly Press and is available directly from them (click on the link) or from your local bookshop or online.

Praise for the novel:

“Beautifully written… with a great central character full of gumption… I couldn’t put it down!” Wendy White

“A darkly delicious romp through the backstreets of Cardiff.” Emma Carroll

“An absolute firecracker of a book. Gorgeously raw, dark and Dickensian. Dreamlike and intoxicating.” Lucy Strange