Y Lolfa celebrated 50 years in publishing in 2017. The Tal-y-bont-based company publishes books in English and Welsh for adults and children. Their 2018 releases are dominated by sports biographies by the likes of headline-makers Geraint Thomas and referee Nigel Owens. We’ll now take a look at Y Lolfa’s 2018 books in English for children, and there are some gems here: 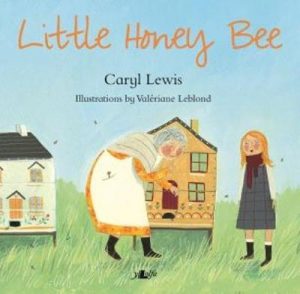 This is a tale of hope and healing, about looking forward to a brighter and warmer future.

Elsi is left to the care of her grandmother who tends her broken heart with patience, kindness and understanding.

When Grandmother shows a collection of beehives at the bottom of the garden, Elsi’s curiosity is awakened and so too, a  desire and interest that sparks her into being.

Accompanied by the compassionate and beautiful illustrations of Valériane Leblond, Caryl Lewis’ story is educational too, as Grandmother teaches Elsi the names of the flowers.

Originally written in Welsh, Caryl’s own translation encourages children to take notice of their surroundings and to appreciate what matters.

Echoing the sentiments of The Lost Words (Jackie Morris and Robert MacFarlane), Caryl explained, “I wrote the book partly to teach children about the seasons and the names of things in the countryside around them, words like foxgloves, bluebells, catkins. Children don’t get to learn the names of trees and flowers these days.”

This is reiterated by Valériane, “It’s so important to be aware of what’s around us, and children as well as adults should know and understand more about nature and its relationship with everything.” 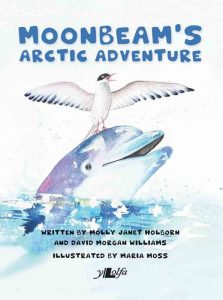 This hardback sees established author David Morgan Williams collaborate with his granddaughter Molly Holborn on a picture book with an essential environmental message. It features two bottle-nosed dolphins, Moonbeam and Sunbeam from Cardigan Bay who answer the distress signals from other creatures.

On their journey to the Northern ice caps, they meet a variety of species – and David and Molly take the opportunity to educate young readers on arctic terns, fin whales, polar bears and others.

Molly said “My grandfather and I have a mutual concern for endangered species and global warming. We wrote this book for young children to make them aware of the issues. Hopefully, by raising awareness, they can help prevent drastic environmental changes.”

Ultimately, the book is about doing what you can to make a difference, as Moonbeam and Sunbeam exert themselves to support and help others. 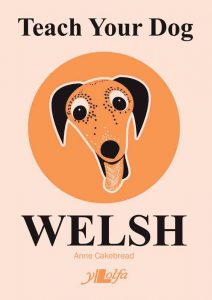 Here is a colourful, cleverly-designed book for Welsh learners – which works equally well for children and adults. We should know, as soon as it arrived, the Worms were using it to command our Tedi to Sit, Come, Stay and Fetch.

Each double page has a dynamic illustration on one side with the English and Welsh command on the other, together with a phonetic pronunciation guide.

The inspiration for the book came to Anne Cakebread when she rehomed Frieda, a rescue whippet. Frieda previous owner spoke Welsh to her, so Anne realised she would only respond to Welsh commands. Anne found the process of speaking Welsh to her dog helped her overcome her nerves about speaking Welsh aloud and recognised that her Welsh was improving.

Largely, the phrases are universal and are useful in many situations – lots about the weather and time of day – we’ve certainly had hours of fun and I can say that pronunciations are improving.

This would make a great stocking filler for Christmas! 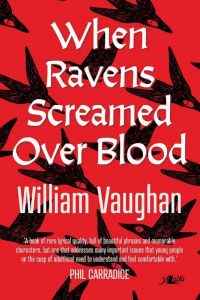 When Ravens Screamed Over Blood, a novella for teenagers has its foundations in the magic and violence of the Welsh Mabinogion. As the author explains, “One of the main characters, The Prince, was inspired by a character and certain magical events in the ancient Welsh tales of the Mabinogion. The story also draws upon Irish mythology. The title is taken from a poem in The Black Book of Carmarthen, one of the icons of Welsh literature.”

The novella deals with issues such as sexuality, the joys of love and dealing with conflict. We have not read the book yet but it has garnered high praise from Phil Carradice for its lyrical quality and for handling some complex issues carefully and delicately.

All of these titles are available to purchase direct from Y Lolfa online. We are extremely grateful to them for providing review copies and would especially like to thank them for supporting our Little Honey Bee giveaway. (See Twitter)