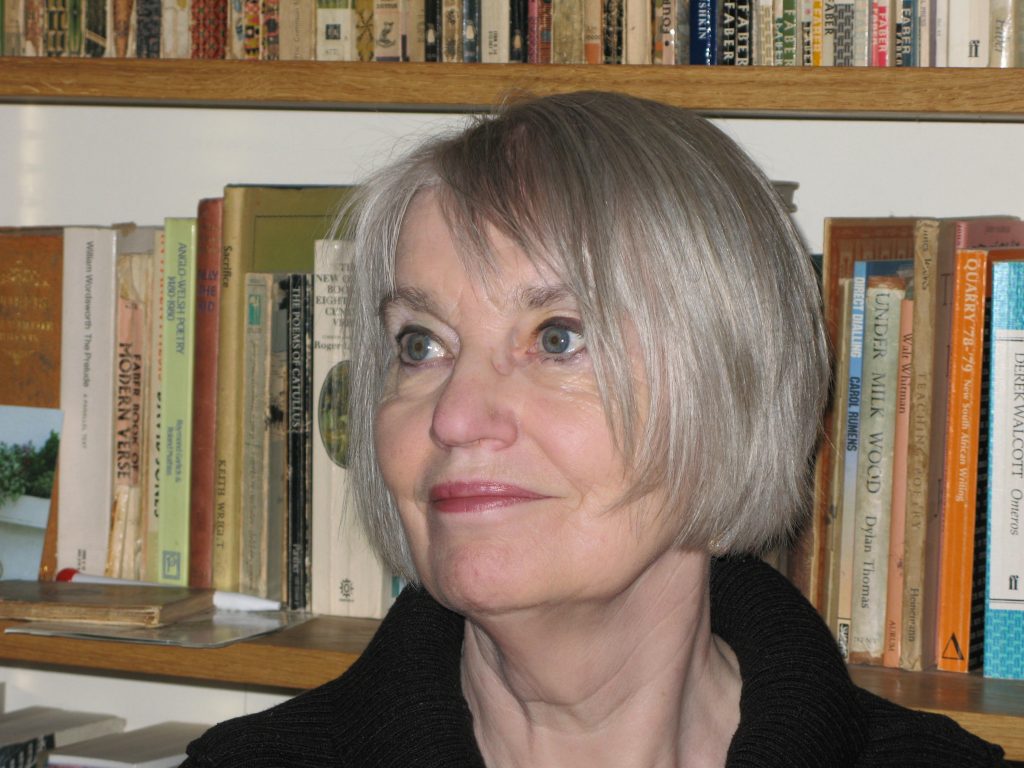 As part of our Tir na n-Og Award Celebrations, we are delighted to have been able to interview author Frances Thomas, winner of the Tir na n-Og Award four times! Her first children’s book, The Blindfold Track, was published in 1980 and won the 1981 Award. The Region of the Summer Stars won in 1986; Who Stole a Bloater? in 1992 and Finding Minerva in 2008.

Frances was born during the War in Aberdare, South Wales, where her mother had gone to escape the bombs. Her mother’s family was Irish and English, her father’s Welsh. She returned to the family home in London, where she grew up. A few years ago, she moved to Mid Wales where she lives very happily, she says, trying to learn Welsh, going for walks on the hills, writing and painting.

Her books have been translated into ten languages and she has been published by Bloomsbury, Macmillan, Red Fox, Gomer and Seren Books, amongst others.

You have won the Tir na n-Og Award an incredible four times. More than any other author. What does that mean to you?

I was surprised and overjoyed to win the Tir na nOg; it’s gratifying to know that people have read and appreciated my work. Otherwise writing can be a somewhat lonely existence.

You have been nominated 6 times – what draws you to write books set in Wales?

There are various reasons why I write about Wales – I’ve spent a lot of time here over the years, family holidays and travel. And for the last fifteen years we’ve lived in Mid-Wales. Partly of course because Wales is so beautiful – the view from my window inspires me every day. And there’s such a rich store of mythology and story to draw on. How could I not want to write about it?

Which other authors of Wales do you admire?

There are many writers for children in Wales whose work I admire; Catherine Fisher, Jenny Sullivan, Jenny Nimmo, Paul Manship, Phil Carradice; they’re all very different writers, but full of imagination and inventiveness. I wish their books could be more widely available in the rest of the UK.

As a child I devoured historical fiction; Rosemary Sutcliffe and Geoffrey Trease were my idols. It’s a little less popular now, I’m afraid, especially for young people’s books; publishers don’t seem to think it sells (of course it doesn’t if they don’t publish it). My most recent books are a series of four set in the period of the Trojan War – part history, part myth. I’m fascinated by all those long ago dark periods, and love trying to shine some light on them. And the dark ages aren’t really dark when you examine them…

Of more modern periods I love the seventeenth century, a kind of turning point between the old and the modern, when we suddenly find we can recognise the people and their ideas and desires, at the same time being aware of their difference from us. Many of the ideas and scientific theories that we take for granted now had their origins in the seventeenth century. And there were some marvellous poets writing then – Donne, Herbert, Traherne. I once set a story in that period (not published of course because Historical Novels Don’t Sell but I hope it might see the light of day some time.)

Hilary Mantel has proved that historical fiction can be both well written and popular; she manages to shine a light on the politics and political machinations of the present day, and also to delve into the strangeness and difference of the past in a way that makes it accessible to her readers and highly enjoyable.

Your books are well-known for their vivid, evocative descriptions. Do you have any advice for budding writers wanting to improve their descriptions?

I think the only way to write successful descriptions is just to observe and observe. You turn yourself into a perpetually open eye, looking hard at what you see, even if what you’re looking at seems banal and everyday, and trying to pin down the exact words. And keep those words as simple as you can; you don’t want to be overladen with flowery elaborate language. I might be wrong but I have a feeling that today’s school pupils are being encouraged to fish out fancy words, rather than using the simple. strong, expressive words that make our language so rich and subtle. And if you can’t be present at a scene, set your imagination to work on it – as a child I believed that Rosemary Sutcliffe must have travelled extensively to write the descriptions that brought her historical backgrounds so vividly to life – it wasn’t until I was older than I realised she was almost completely crippled, and that many of those descriptions came from her imagination. Everyone has imagination – it just needs to be switched on.

Taliesin, The Blindfold Track and Regions of the Summer Stars include elements of Welsh legend / Mabinogion – as do other Tir na n-Og winners – Jenny Nimmo, Susan Cooper and Catherine Fisher. Why do you think the reimagining of these stories has had such widespread appeal?

The Welsh legends are just so exciting, so mysterious and so full of stories. And there must be many others which were never written down or which haven’t survived – who, for example, was Dylan, Son of the Sea, mentioned so tantalisingly in the Mabinogion? This gives writers a chance to poke about in those murky areas and find out stuff that they can set their imaginations to work on.

Which Welsh character from folklore do you most identify with and why?

I’m rather fascinated by Morgan Le Fay, a clever, talented girl maligned by being seen as a witch by male interpreters of her story. I did start a story about her some years ago, but my Welsh publisher at the time said they didn’t want any more stories about mythology and legends, so I shelved it. I think the reasoning was that they wanted more emphasis on contemporary themes. But it did seem that some perfectly good babies were being thrown out with the bathwater. Hmmn – I’ve thought about that story since, and wondered how it was going to work out (curiosity about how your own story is going to end is one of the motives that impels writers to keep going). So I think I might just take it off the shelf and dust it down. We’ll see.

We are delighted that Frances Thomas took the time to answer our questions and allowed us to celebrate her achievement in being the most crowned author of the Tir na n-Og Awards. You can find out more about Frances at her website, and you could also follow her on Twitter. Her most recent novels can be found here. The links to her Tir na n-Og winning books are shown below.